I really do love s’mores. In cinnamon rolls, the classic or with a salty pretzel twist.

S’mores may be a summer dish but for me they are a year round treat. We recently starting using our wood fireplace and with each fire we make s’mores to end the night.

These S’more’s Mousse Cups are layered with a homemade graham cracker crust, a thick layer of chocolate mousse and a large dollop of marshmallow whipped cream. This dessert is light, airy and smooth. Not too sweet and super rich.

Dare I say these are even BETTER than s’mores?

Originally the mousse cups were going to be topped with large marshmallows and toasted under a broiler. They were also going to be made in ramekins not glasses which put a wrench in my plan. These glasses would not fair well under the broiler and with no cooking torch I was left scrambling to complete my S’mores Mousse.

I thankfully stumbled upon this super easy recipe for marshmallow whipped cream. No baking and no heat torch required. Perfect. I changed this recipe up a bit. More heavy cream, less sugar (which I substituted with regular sugar) and a touch of vanilla extract.

A quick and easy dessert that takes only 30 minutes to prepare. This S’mores mousse does need some time in the fridge to set and can easily be made ahead.

Chocolate mousse is not as intimidating as it seems. To make these S’mores mousse cups start by assembling your first layer, the graham cracker crust. This is a simple crust made of melted butter, graham cracker, cinnamon and brown sugar. I place about 2 tablespoons in each glass.

This recipe makes 3 if served in glasses or 4 if made in ramekins. Serve with sprinkles of chocolate shavings for garnish along with extra marshmallows.

If you love s’mores you have to try this recipe.

How to make S’mores Mousse

To make the chocolate mousse whisk egg yolks on the highest speed until they thicken. Meanwhile, heat 1/2 of the heavy cream in a saucepan. Add a splash of the warm milk to the egg mixture and stir gently. (We are shocking the eggs so they do not scramble). Next add the egg mixture with the rest of the milk into the sauce pan and cook until thick. Add in chocolate and stir until melted. Whip the remaining heavy cream and fold into the chocolate mixture. Divide chocolate mousse between glasses and refrigerate for 2-3 hours to set.

Everything you love about s’mores in a fun single serving without the mess. Perfect to enjoy year round. 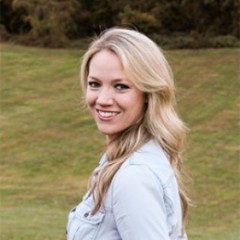 Hi I'm Kelley Simmons, a classically trained chef with a passion for cooking! I created Chef Savvy to share delicious, easy, quick weeknight meals that your family will love. Every recipe is very clear, concise and easy to follow. Learn more

A classically trained chef with a passion for cooking! I created Chef Savvy to share delicious, easy, quick weeknight meals that your family will love. Every recipe is very clear, concise and easy to follow. Learn more